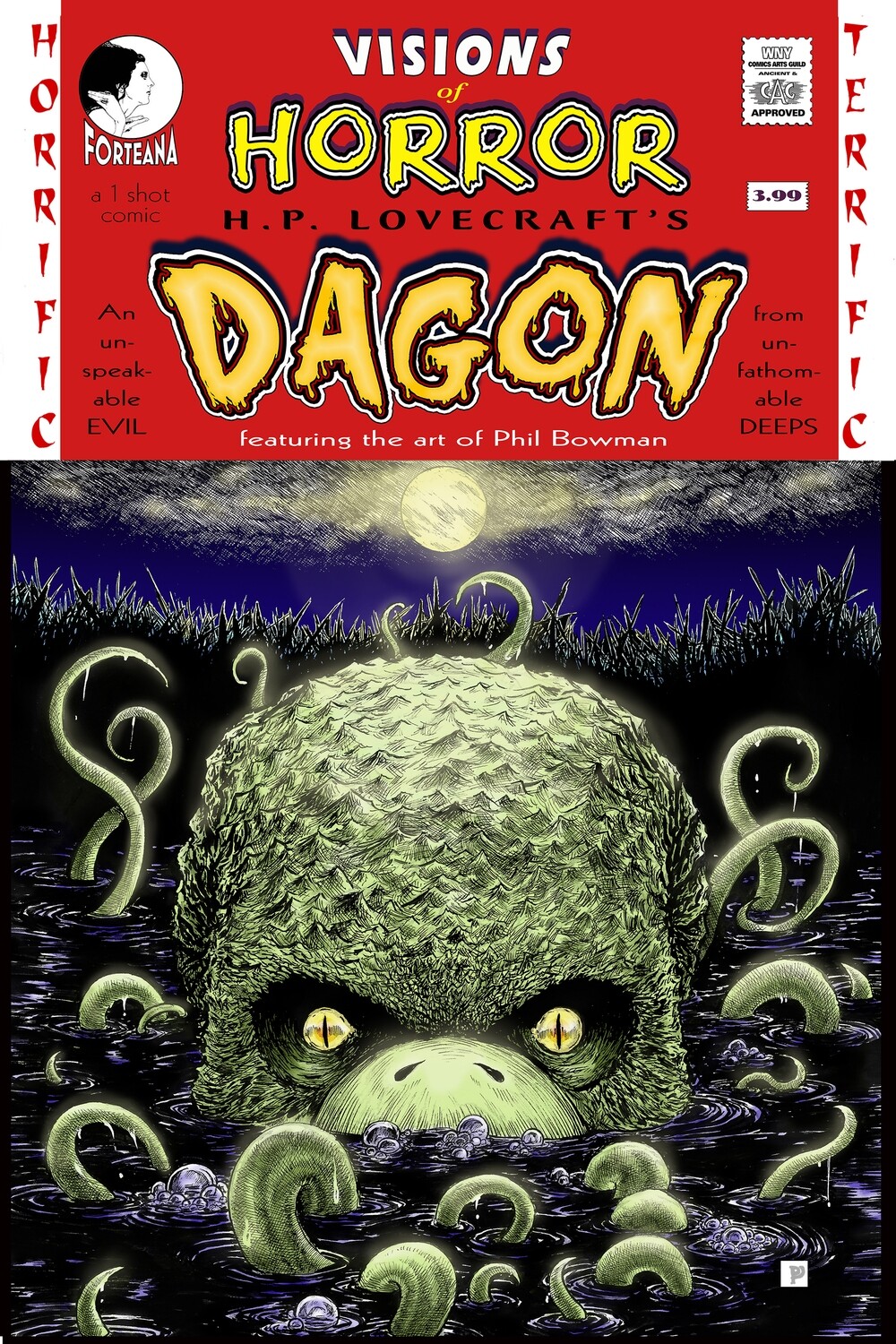 Lovecraft’s own prose illustrated with 18+ pages rendered masterfully in glorious horror noir style by Phil Bowman. Follow a tortured morphine-addicted man’s story of what occurred during his service as an officer during World War I. When he has a dreadful encounter at sea and is condemned to a waking nightmare of unrelenting horror.

Save this product for later
Display prices in: USD